Petrotahlil - On October 20th, the LNG bunkering vessel Kaguya supplied LNG for fuel to the Sakura Leader a NYK Pure Car and Truck Carrier. This was the first time in Japan where LNG fuel was supplied to a vessel via Ship-to-Ship bunkering. The Sakura Leader is the first large LNG fueled ship to be built at a shipyard in Japan.

Kaguya is Japan’s first LNG bunkering vessel and is operated by Central LNG Marine Fuel Japan Corporation. The vessel will be based at Kawagoe Thermal Power Station and will soon begin supplying LNG fuel to ships in the Chubu region using Ship-to-Ship bunkering.

NYK placed the order for the Sakura Leader last year with the keel laying ceremony was held on September 20 at Shin Kurushima Toyohashi Shipbuilding Co. Ltd. The Sakura Leader is scheduled to be delivered in late October and will be one of the largest pure car and truck carriers in the world.  In February of this year NYK siggned a contract with Shin Kurushima Dockyard Co. Ltd. to build a second LNG-fueled pure car and truck carrier. 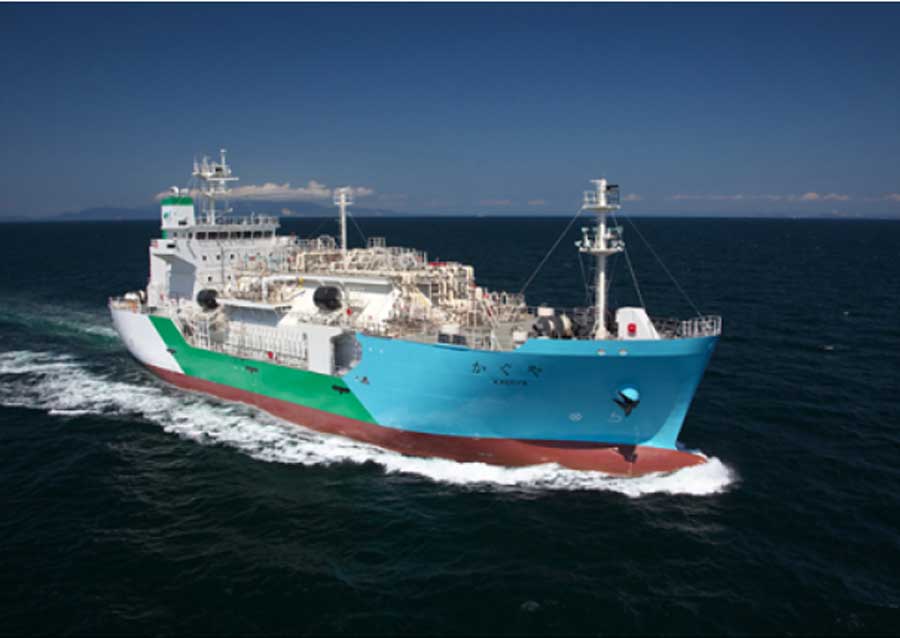 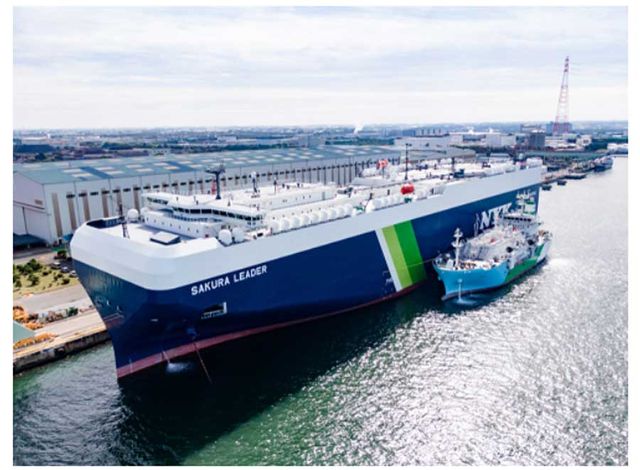