The year-on-year expansion was the first recorded since August 2018, according to Enterprise Singapore.

Non-electronic NODX, which includes chemicals and pharmaceuticals, rose by 5.0% in December, reversing the 5.3% contraction in November. 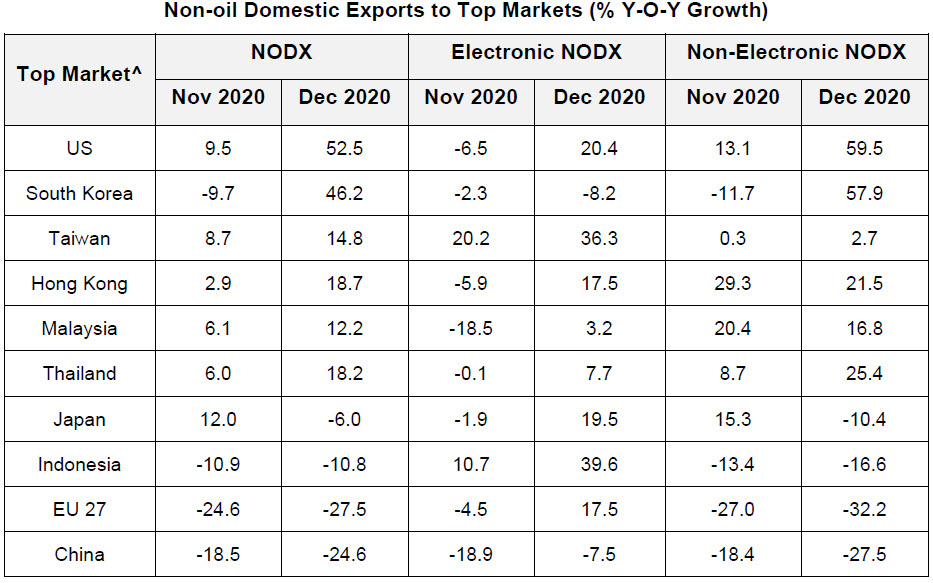