Petrotahlil --The northeast Asia acrylonitrile butadiene styrene (ABS) market saw prices remain relatively strong in January 2020, with declines only around early February, despite various automotive factories shutting down due to the coronavirus pandemic. 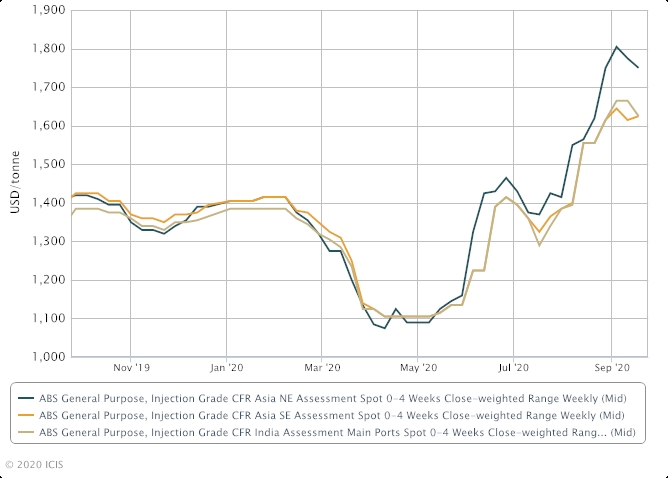 ABS is used in the production of automobiles, but the market was supported despite the automotive sector’s decline by other sectors such as household appliances, toy production and air-conditioning during the pandemic.

This was largely due to ABS’ unique applications in the production of household appliances and air-conditioning units, which saw a significant spike in demand during the pandemic as many stayed at home under quarantine and social distancing initiatives. 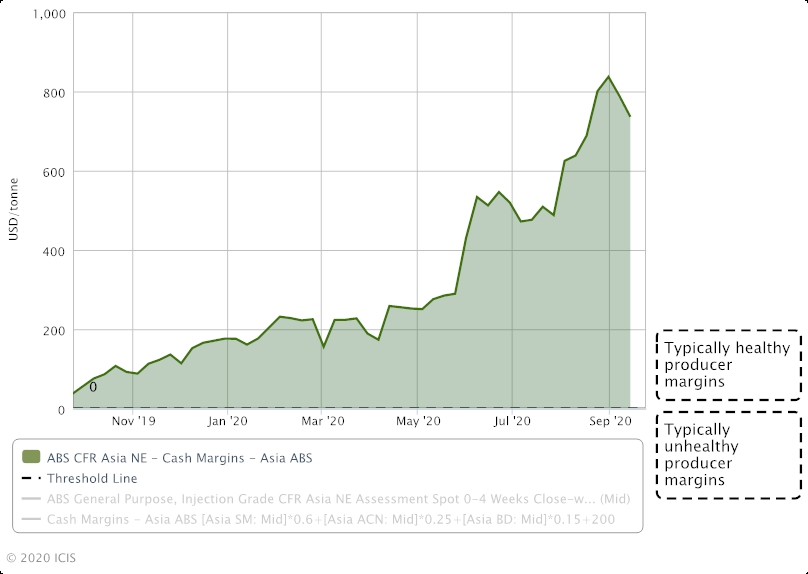 The average operating rates of ABS factories in China were at 88.2% in the week ended 10 January, according to ICIS data.

However, despite high operating rates, supply is still tight for ABS in northeast Asia at present as demand has been extremely robust this year. In other words, there has not been an overproduction of ABS,

Such strong demand can be traced to factors other than the pandemic as well.

“For the household appliance industry, 2020 is regarded as a renewal cycle due to peak sales growth 10 years ago. There should be rigid demand for household appliances this year. Meanwhile, staying home longer, hot weather in the EU and food restocking have all boosted demand for air-conditioners, refrigerators, entertainment appliances and so on,” said ICIS analyst Jimmy Zhang.

In fact, prices recently surged in the northeast Asia market as a result of tight supply and strong demand.

On the supply front, market sources noted that supply was likely to remain stable for the rest of the year, with gradual increases in the spot market.

Supply was previously extremely tight for spot cargoes of ABS in the northeast Asia market as suppliers had poor market sentiment, and as a result, did not prepare many spot cargoes for trade.

Hence, when demand rose for spot cargoes, there were few ready cargoes on hand.

However, market participants have highlighted that supply seems to be gradually returning to the market, although some brands of ABS may still be difficult to procure in the spot market.

However, they also added that although demand is expected to continue to be robust for the rest of the year as September to December is traditionally a peak period for the ABS market, supply may still be relatively snug for the year's fourth quarter.