Petrotahlil --Asia’s naphtha prices yielded to falls in global crude oil futures, even as market fundamentals are being cushioned by steady spot demand for October.

ICE Brent November crude oil futures were down 43 cents at $42.23/bbl at noon, as Saudi Arabia made steep monthly price cuts on its oil supply to Asia. 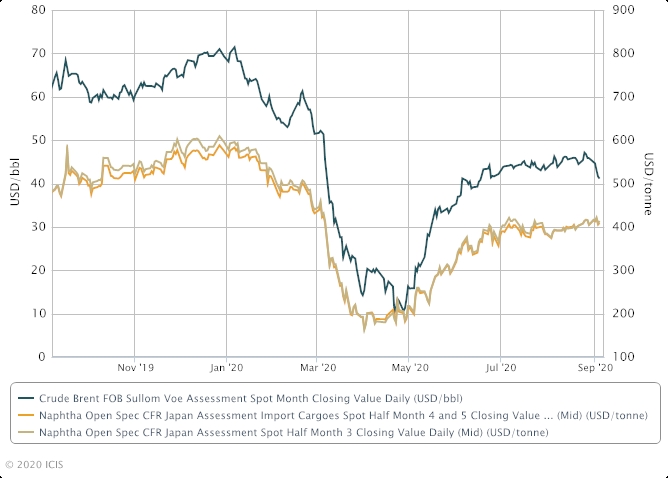 The downward pressure on naphtha prices was in part countered by sustained spot buying in parts of northeast Asia, particularly for October arrival.

This has helped to keep naphtha’s market structure in backwardation, which typically reflects firm fundamentals, where prompt-month prices are stronger than forward months.

The market moved to positive territory in the preceding week, buoyed by a healthy bout of buying.

FPCCC’s purchase came ahead of maintenance at its No 3 cracker which is scheduled to be completed around end-September.

Further, market expectations of potentially reduced west-east deep-sea cargo flows could rein in supply in the near term.

Several oil facilities in the US are still off line due to power outages in the aftermath of Hurricane Laura. In consequence, there might be clean product flows possibly being diverted from Europe that could otherwise have been meant for Asia. 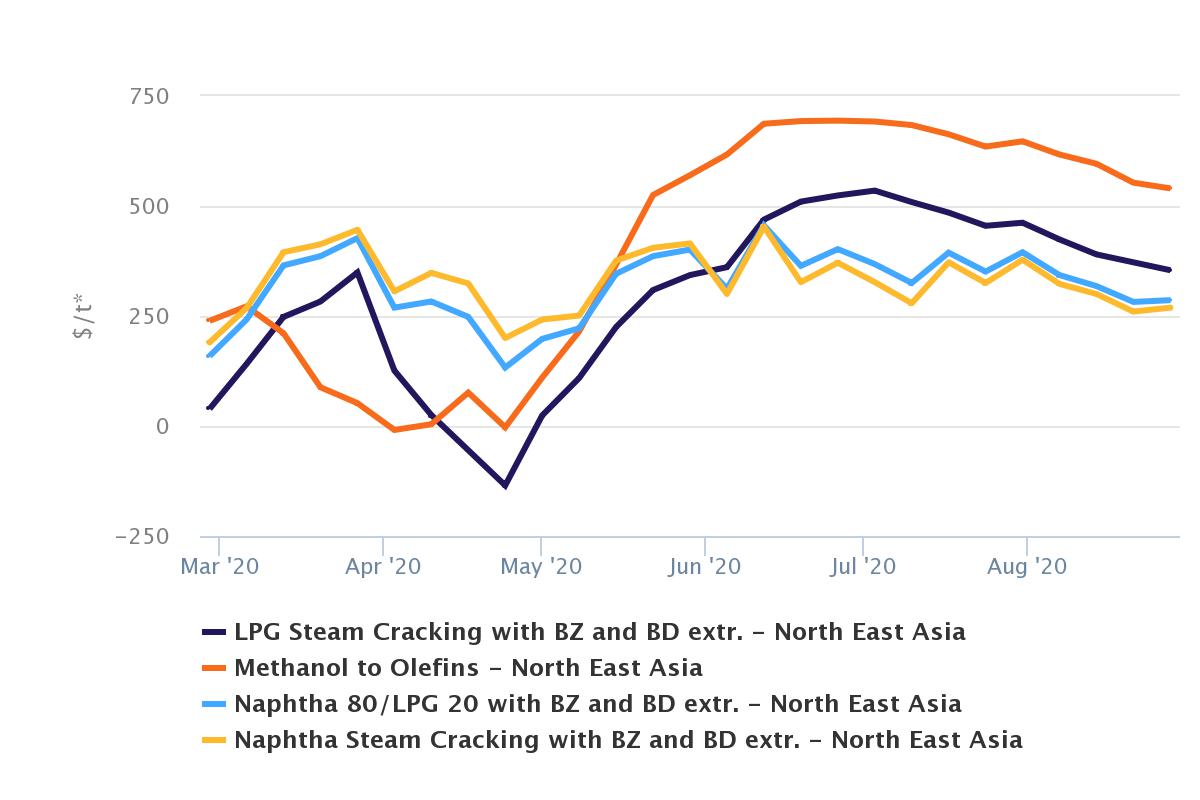 Margins for naphtha in Asia remain generally healthy, as are downstream margins for olefins, offering buying incentive for end-users in the region, according to ICIS data. 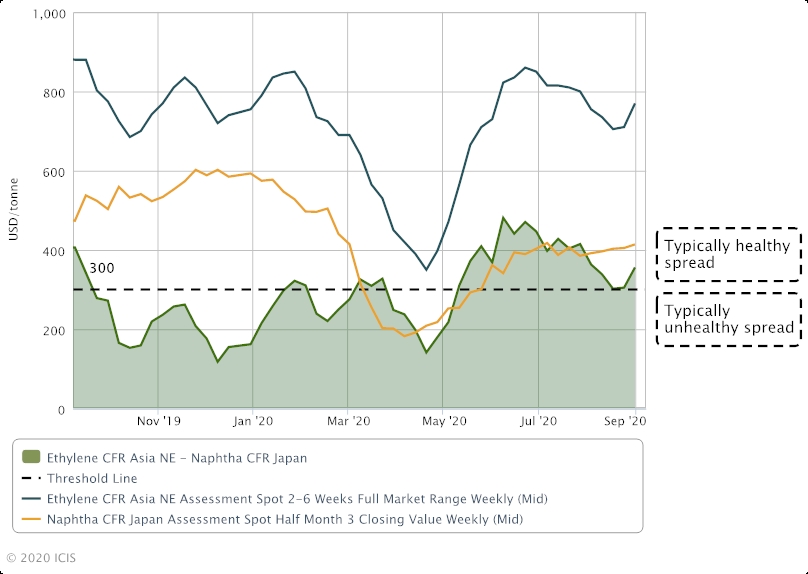