Petrotahlil -Asia naphtha markets are poised to stay buoyant on steady end-user demand that could keep spot cargo premiums and prices afloat, even as rising coronavirus cases in the world rattle fuel demand.

Open-specification naphtha prices for second-half August delivery averaged at around $421.25/tonne CFR (cost and freight) at noon session in Asia, little changed from 6 July after prices gained 4% from the previous close.

Spot prices are at their highest in four months at above $400/tonne CFR Japan, since early-March, ICIS data shows. 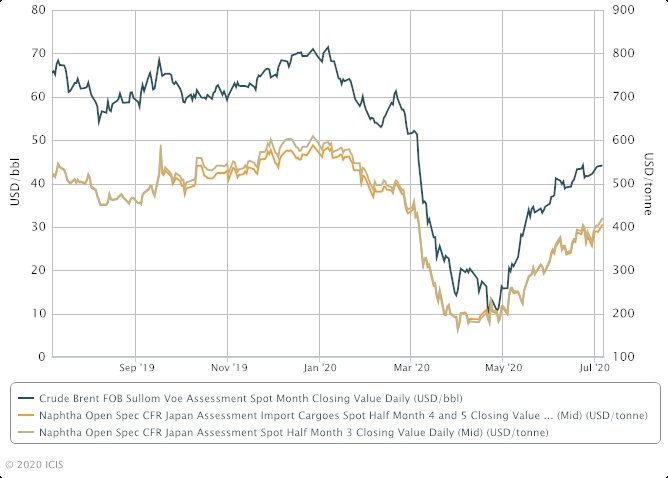 A healthy bout of demand for the petrochemical feedstock for producing olefins is helping to support market fundamentals as a whole.

Moreover, stronger downstream margins are providing greater incentive for end-users in parts of northeast Asia to come forward to pick up spot cargoes, albeit at firmer premiums than before.

“Demand should be good in the third quarter… most crackers making olefins are running high with margins still good,” said a northeast Asia market source.

Depending on the grade of naphtha, margins for downstream aromatics sectors were characterised as having less incentive for now. 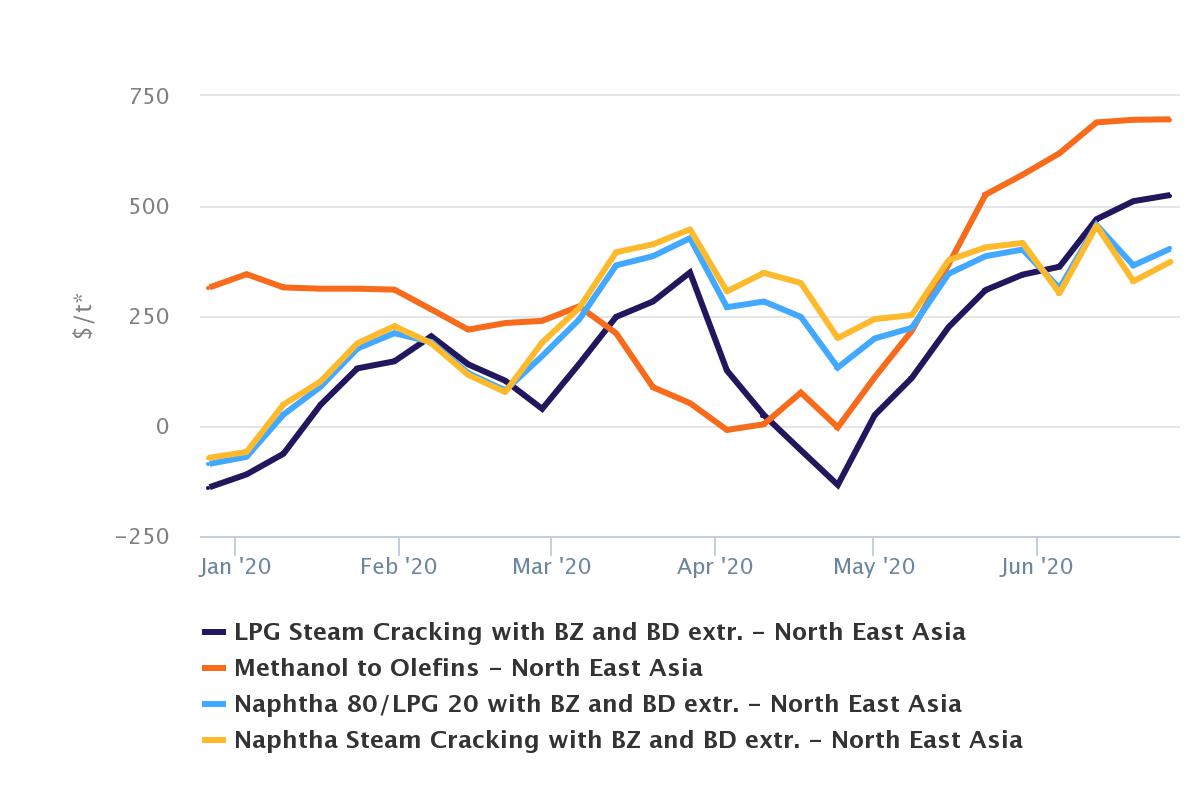 In a similar vein, in European naphtha markets heavier naphtha grades were being traded at discounts compared with lighter grades of naphtha, fetching double-digit premiums.

Naphtha’s crack spread, a measure of its refining margin, has gained strength to close at $94.33/tonne on 6 July, the highest since early-February.

On the flip side, demand for gasoline blending remains a gradual process, if not shaky and susceptible to the resurgence of coronavirus cases, notably a spike in the US.

At noon session in Asia on Tuesday, ICE Brent September crude oil futures were lower at around $42.84/bbl.

Asia naphtha markets drew support from an anticipated decline in Western arbitrage flows, with around 1.6m tonnes of eastbound cargoes estimated provisionally this month, down from around 2.5-2.6m tonnes estimated in June and close to 3m tonnes in May.

Taiwan’s Formosa Petrochemical (FPCC), a key importer, is considering its spot requirements and may issue a buy tender for second-half August naphtha. The firm’s latest purchase of August delivery naphtha was done at higher spot premiums.

In contrast, the intermonth backwardation was narrower at just $8.50/tonne this time a month ago, according to ICIS data.