Since then, more widespread lockdown measures have caused demand to significantly weaken and the market has not yet had a strong indication of recovery.

The ICIS assessment of US VAM contracts is at 57-59 cents/lb for June, a drop of 3 cents/lb from May. US spot export VAM prices were last assessed at $800-900/tonne. 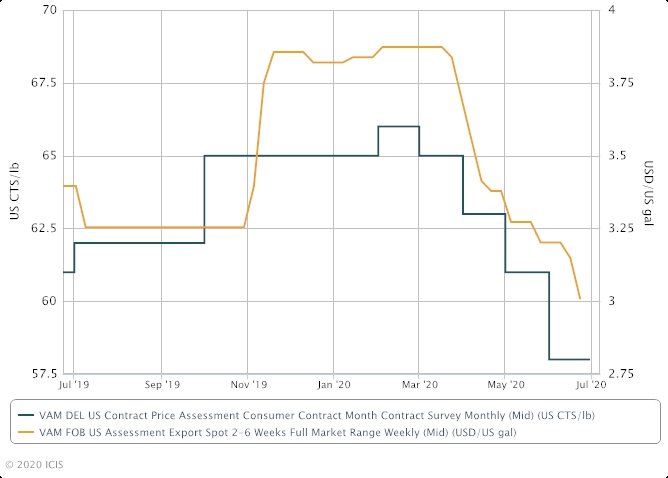 Despite the recent declines in pricing and muted demand, at least one producer has targeted a price increase for July.

But, according to market participants, with inventories high and no immediate need for product, some countries that typically import product from the US could look to China for supply as prices have become more competitive.

Exports have increased since the end of 2019, when both planned and unplanned production issues diminished product availability.

The US exports more VAM than it imports, so there is some domestic market flexibility when production issues occur.

But for April, the latest available export data, VAM exports were 3% lower from the previous year as initial signs of tapering demand were seen. For the first four months of the year, exports are down by 3.3% compared with that of 2019, according to ICIS Supply and Demand Database. 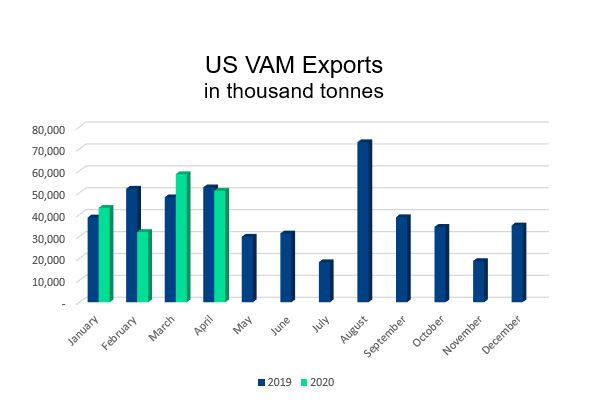 August remains the month with the highest number of exports in 2019 and so far in 2020, as US production was running well and there was little to no down time noted. April 2020 exports are 30% lower than August figures.

In April, Belgium was the largest single-country importer of US VAM, followed by Mexico, Canada, The Netherlands and Brazil. 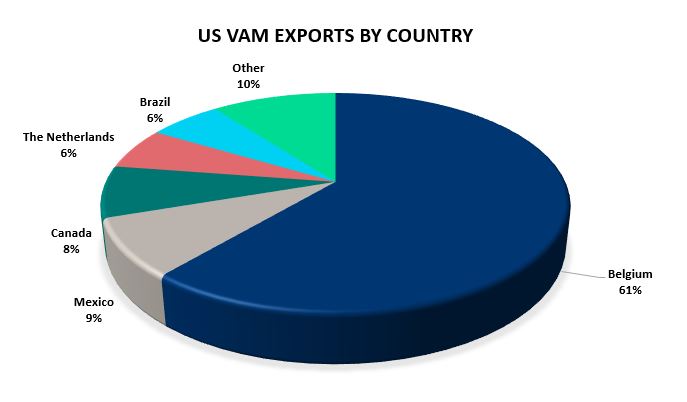 VAM is an intermediate used to make paints, films and textiles, as well as plastics.

Major US VAM producers include Celanese, Dow, LyondellBasell and Kuraray.