Petrotahlil --Although demand for isopropanol (IPA) remains much higher than pre-coronavirus levels, it has begun to stabilise, especially when compared with April.

This week, domestic prices delivered to the Gulf increased 10 cents/lb ($220/lb) on the low end and held steady on the high end.  The range of prices is now 95-185 cents/lb.

Meanwhile on spot markets, FOB prices in the US Gulf were unchanged on the low end and decreased 10 cents/lb on the high end.  Spot prices are now assessed at 110-200 cents/lb.

As a result, the price range for both assessments have narrowed, although they remain much wider than any recent levels seen before March 2020.

In addition, while  these weekly price changes are large by traditional standards in the IPA market, they are much more muted than the high increases seen over the last two months. 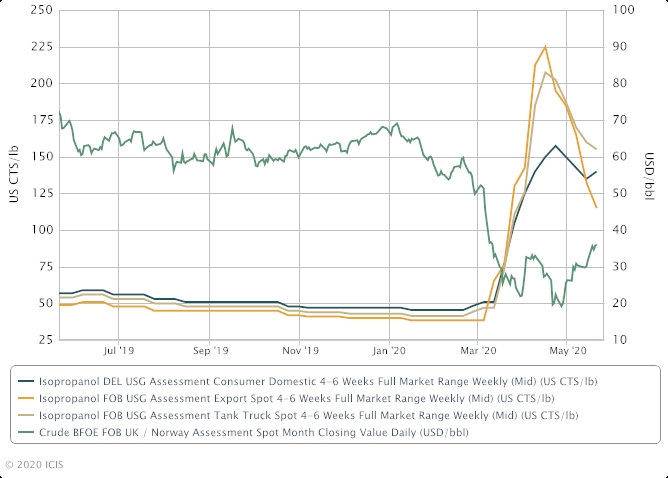